Are breathing exercises effective as a stuttering therapy? 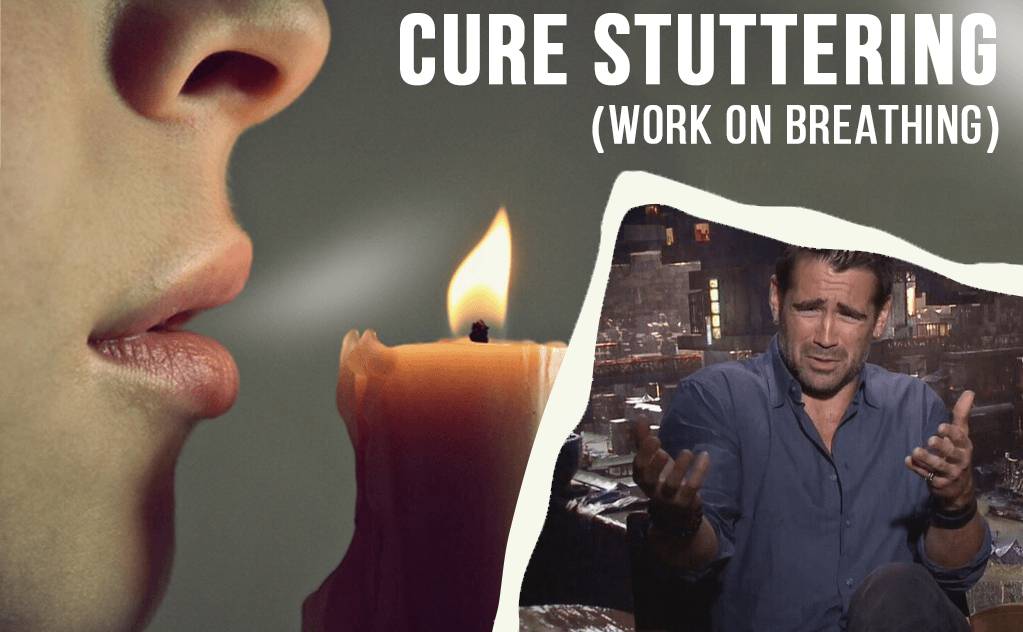 Some feedback after performing breathing exercises

Probably everyone who stutters has heard that there are various breathing exercises that are supposed to be used to eliminate stuttering. Some even tried to carry them out. I was no exception – I also tried. Speech therapists had been working with me since childhood. They had emphasized that my breathing was poorly developed and I was breathe incorrectly during speech. It was necessary to work on the development of diaphragmatic breathing, to repeat vowels almost like singing and take more air especially before speaking. To be honest, speech after such exercises for breathing only got worse, having some kind of unnatural sound. And, of course, I didn’t want to speak with other people in a singing tone – it was a shame. All these tips and instructions in most cases are not beneficial, but only harmful. Intermittent breathing is not the cause of stuttering, but it is the result of fear and despair. Your fear comes because there will be stupors, terrible grimaces in while trying to say at least something at least somehow. And the despair will be because no one can help you. And then there are the replacement of words, acceleration and the so-called “games” with tonality and other “tools”. All is used in order to less stutter and have less shame in front of the interlocutor. But these “tools” are real crutches and it is not about having an effective stuttering therapy. Moreover, they are quite harmful as they do not help to solve the problem, but they are also consolidated with each use of them, making the speech more and more invalid each time.

You can cheat anyone, but not yourself!

For example, while having the conversation stutterer replaced several “difficult” words with “simple” and did not even finish saying some word constructions at all. What do we observe? During intercourse a stuttering person was haunted by a feeling of fear that he would pronounce some words with difficulty or not at all. This feeling is not normal. At least, this is harmful for your self-esteem because all of your interlocutors have no such problem. Further, as a rule, “complex” words are replaced by simpler ones, helping you to express yourself as briefly as possible. This is an unpleasant feeling: you have some interesting news and you want to share the news with friends informative and in colors. Instead, you can create only the primitive speech like a fifth-grade student has. And then some fifth-graders can speak more fully, constructively and emotionally. You are able to believe that some breathing exercises can beat your stuttering, but I advice you to practice the other method. In addition, such a simplified speech in some places can be unstable: a stutterer tries to pronounce complex sounds / syllables / words / phrases keeping the speed. At the same time, it seems that a person does not repeat the sounds. He creates the appearance that he does not stutter and stupor, but we can clearly see this fear in his eyes. In some cases, with a strong degree of stuttering, these fear and insecurity can be clearly seen not only in the eyes, but in facial expressions and movements. And it often scares or even confuses people who do not know about your illness.

You feed the problem of stuttering

With word substitutions, all these overclocking and slowing down speech movements we only feed the problem of stuttering. Imagine that stuttering is an animal. So, the main food for this animal – fear! And this fear is concrete, easy to be explained and measurable. It comes either because of your uncertainty that you can at least say something normally either because of your certainty that at some concrete points in your speech you will not be able to speak without stuttering. All this uncertainty and confidence does not appear from nowhere, but because of the previous fixed negative experience. You need to say something right now and you instantly catch the thing in your memory that in the past you had these similar doubts in a similar situation (that normal speaking can be your ability). Intuition with its base on previous experience tells you where the potential danger lies: the danger of shame, disappointment and other unpleasant moments associated with your stuttering. And to not get the pain, you grab your old proven “tools” because you do not have the normal ones.

All of the above tricks – this is only a masking stutter and it is extremely harmful. You must agree that masking the problem is not the decision. Perhaps, by using a disguise, somewhere in front of someone you will visually say some words without speech stupors, but you will notice the feeling of fear and inferiority. That unpleasant feeling as if you are deceiving not only others, but also yourself. But you can’t cheat yourself, and with each such disguise you only get a stronger feeling that without using this “tool”, you will have speech stupor. And here you follow your fears and concerns. That is why “masking” (stuttering) is not recommended to use. We must learn to speak without using any masks as all normal people speak. And it is possible! Let’s return to the “breathing speech therapy exercises for stuttering”. Speech therapy exercises, like most breathing techniques, were created by the speech therapists, who have no personal experience of stuttering. And here about the disguise again. Normal non-stuttering people generally do not think about their breathing during speaking. Their speech happens naturally. The maximum that a non-stutterer may think about before speaking is what portion of the air he needs to have to transfer that information (this extensive topic is learnt in details while taking an individual course on eliminating stuttering). Any attempts to breathe “in order not to stutter” are inappropriate actions as stuttering exercises. And these actions lead us to not normal results. There is no doubt that by using this or that “special” breathing, the stutterer can visually create the impression that he is speaking normally and he will not stupor, but at the same time: a) He feels unnatural because he uses some “crutches” b) Many of his listeners may think that “something is not right”, but they will not even think that you are doing all these strange things only by the reason so that they do not see or hear your stupors. c) Such a “disguise”, like any other, does not lead to anything nice. Once you have hidden your stutter, one more, thousand times you have hidden your problem. All this is absorbed well by our mind and, in a general sense, it only worsens the problem of stuttering.

Let’s sum up about exercises for stuttering

Breathing exercises when stuttering is not a rational, logical or effective way to correct the speech of a person who stutters for the better level. Maximum speech normalization is not achieved with the help of some unnatural exercises and “crutches”. A stuttering person does not need to work on developing breathing to have some stuttering therapy. Yes, some work should be done on this topic, but it has nothing common with the well-known “development of breathing when stuttering”. There is no need to develop something. There is absolutely everything in a person himself. Set up all the techniques correctly and fix them. We start with our thinking, and then elimination of your stuttering will happen naturally, easily and this problem will be a real thing of the past.

With the help of express course, students are able to significantly improve their speech when communicating with someone. This is confirmed by many years of experience. Some of them, after only 5 days of training, felt that they practically got rid of this problem, since the speech process itself became something very simple and ordinary for them. And further improvement of speech and a decrease of fears is a matter of independent, but pleasant practice, during which:
– you are not afraid of mistakes in the form of speech stupors and repetitions, but you look at them with interest and skillfully cope with them
– you know exactly in which direction you should work in order to think only about the subject of speech in the process of communication with so
– during the course you will realize on a sensual (!) level that your speech depends only on yourself, and you would have already experienced in practice the benefits of the problem areas being worked out by the Breakthrough system
– when you feel that you no longer need to try to squeeze out sounds forcefully, to help yourself with facial muscles, long stops, uncomfortable sharp acceleration and strange slowing down of speech …
All this becomes unnecessary when we open you solutions for the complete rehabilitation of speech and control comprehensibility of educational material “from A to Z”.

First of all, you need to look at the nature and frequency of your speech stupors and clamps, as well as the masking which has developed over the years.  This happens during diagnostics.  Few people need only 5 intensive sessions for further maximally successful independent practice.  For the most, the Basic Course is a good start on the way to solving their problem.

While starting interaction, we watch how the process of understanding and development of practical modules is going on.  In the learning process, during analyzing the result dynamics, we correct further work to overcome stuttering and retraining to consistently normal speech.

Educational course (full) consists of 20 lessons, with a total duration over 25 hours.
The course lasts for 2 months. First 5 days lessons are – 2 hours long, then 5 lesson 1.5 hour and 10 lessons 1 hour long. As a result, over the course of 2 months a hard work to overcome stuttering is going to be done, with prompt and regular feedback, analysis of “difficult” situations, monitoring the correct completion of homework

As a result, over 2 weeks a hard work to overcome stuttering is happening, with prompt and regular feedback, analysis of “difficult” situations, tracking the correct completion of homework