Stuttering exercises — let’s sort it out! 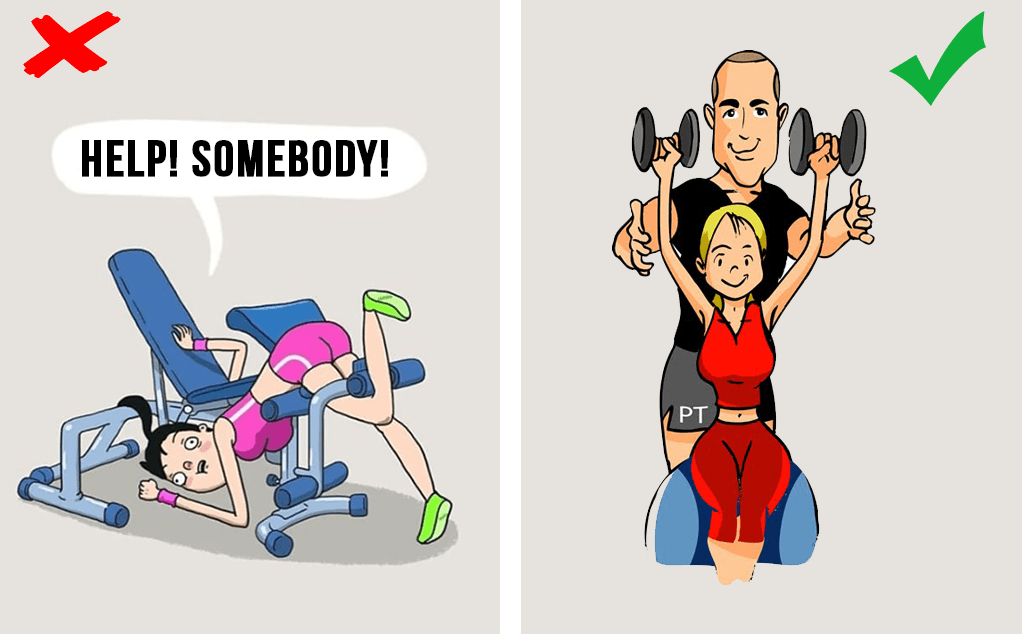 What is stuttering that we are dealing with?

Many stutters are wondering what exercises will help them in eliminating stuttering. Get rid of stuttering by doing yourself the exercises at home – why not? It is logical to suggest here that speech in case of logoneurosis can be corrected only with the help of “secret” techniques. It’s simple: do it yourself and sincerely hope for a speedy “cure”.To clarify this question, we return to the article “Can stuttering be completely cured?” When we take the point what is stuttering, we have to keep that it is a rather complicated problem. This is the habit that you had been fixing with his every failure: from the early childhood day by day till the present moment. And this habit has grown together with the person. There are difficulties in thoughts, in relation to speech and to all the possible possibilities to express feelings.A stuttering person almost all the time knows where he will have his stuttering speech. Much earlier before the speech stupors come, he already watches his defeat. Fear, panic, feeling of inevitable shame come then. Speech with stuttering creates a whole “bunch” of various dangerous fears based on previous mistakes. There is an interesting fact: almost every stutterer speaks normally being alone with himself!

Do stuttering exercises make the way to normal speech?

And now we get back to the stuttering exercises. Some stutterers confidently think that it is enough just to do any exercises YOURSELF WITH YOURSELF and their speech WITH EVERYONE will improve further. If only it was so simple. Since any stutterer can speak well with himself, then doing any exercises on his own will not be difficult for him, because he will not have the necessary “resistance” of a real companion speaking – a real person who estimates you, asks some questions to clarify, changes the way that conversation goes and so on.A simple doing the exercises for stuttering that the stutterer has found on the Internet is mostly a waste of time and energy! Do you really want to work just to work or you need a result? Speech practice with analysis and accurate examine of situations are needed for step-by-step speech stabilization.

Performing any exercise has nothing common with professional individual work to eliminate stuttering. In details, with the right understanding and taking many other points, these exercises come only as an addition to the main work on the speech normalization. I had been looking for a solution to my stuttering problem.I had found various exercises on the Internet and tried to do them for “treating and correcting stuttering speech”. There were almost no results. Then I went a little further and tried to do these exercises in the circle of my closer people. I got a fiasco again as they could not correct me the right way (check, show how it should be, explain where errors were, analyze how to correct them, etc.).When I finally realized how to get rid of stuttering, the whole understanding why my self-doing any exercises did not bring me any benefit came also. And sometimes after doing them, my stuttering speech only became worse.

Useful and harmful exercises for the speech correction when stutter

What is the difference between useful and harmful exercises? In fact, the exercises may be the same. Whether they will bring benefit or harm? It depends on various factors.● First, you need to understand that there are no “stuttering exercises” in its direct meaning. The elimination of this problem is a complex work. This is a multi-activity of identifying, analyzing and working on various errors.● Only a step-by-step theoretical and practical consolidation of certain stages, the analysis of mistakes or success in dealing with different people and conducting the specific analysis for each case will have an effect. This is not an easy job (and not an easy problem).● When doing any exercises for stuttering should be carried out together in main and complex work on the correction of speech. Working together with a specialist is an obligatory condition to maximize the natural potential of free and natural speech.● Having temporary improvements is one of the situations and these “improvements” happen in the life of any stutterer. They appear mostly due to the fact that during this period of time the person was not not fully realizing the reasons for his random success. He was not revealing the mechanism of normal speech from all the different sides. He felt that it was coming the right way, but he did not understand the details. He hurried to make the conclusions, stumbled on the first hillock and fell down. As a result, everything that had been done earlier — this is losing its price in his eyes now. His mood is growing down and the speech is getting “worse” as a result.

In order to get permanently normal speech, the stutterer needs to figure out many different aspects both theoretically and practically. It is impossible to get your free speech without having a competent specialist who can objectively assess the understanding of the material and getting progress.I did not succeed, and hundreds of those whom I interviewed personally did not succeed too. And thousands of other stutterers, according to reviews on the Internet, also did not succeed. This is a life fact, although there are some exceptions. There are only some who stutter of thousands stutterers who manage to get rid of stuttering. I have found several reviews on the Internet, although some of these people sincerely wrote they “did not eliminate stuttering completely”. I would be happy if your case would be an exception to the general rule. Otherwise, I recommend to consider taking a professional course to eliminate stuttering with a specialist.

The earlier the better!

If I had understood how to not stutter and fix my comfortable speech at the level of habit when eighteen, it would have been incredibly great. So, I would not have experienced the daily stresses associated with these speech stupors over the next five years. I would not have limited myself to talking. I would have said in detailed sentences, but not with short phrases instead as if I was a little stupid. I would not have replaced thousands of words, moving these limits to work that did not require speech. I would not have considered myself worse than others, and many different “if” would not have come.And it could be even better, if in early childhood immediately after my stuttering speech had appeared, they would have worked with me correctly, for example, when six years old. The possibility to get rid of stuttering completely is not a myth, but a reality in childhood. And doing this work is is much easier when being a child than in adulthood (when the stupor skill has already been well-fixed in the human mind).We are now working with our team to create a children’s program to get rid of stuttering. It will be (and I’m not afraid to say this), 100% getting rid of stuttering in childhood. Our experts will do everything possible to achieve your result.

Let’s sum up about all the exercises for stuttering

“Useful exercises” are those that are done under the supervision of a specialist as a supplement to the complex work to eliminate stuttering. Your correct attitude to your own speech is a reliable foundation for consolidating new knowledge for speech work.“Harmful exercises” are those that are found on the Internet and done without the control of a competent teacher. Moreover, these stuttering exercises can be harmless, but at the same time they do not give any results. In some rare cases, temporary “improvements” may occur, and then they, as a rule, will rather quickly be replaced “ suddenly coming from nowhere” speech deteriorations.

With the help of express course, students are able to significantly improve their speech when communicating with someone. This is confirmed by many years of experience. Some of them, after only 5 days of training, felt that they practically got rid of this problem, since the speech process itself became something very simple and ordinary for them. And further improvement of speech and a decrease of fears is a matter of independent, but pleasant practice, during which:
– you are not afraid of mistakes in the form of speech stupors and repetitions, but you look at them with interest and skillfully cope with them
– you know exactly in which direction you should work in order to think only about the subject of speech in the process of communication with so
– during the course you will realize on a sensual (!) level that your speech depends only on yourself, and you would have already experienced in practice the benefits of the problem areas being worked out by the Breakthrough system
– when you feel that you no longer need to try to squeeze out sounds forcefully, to help yourself with facial muscles, long stops, uncomfortable sharp acceleration and strange slowing down of speech …
All this becomes unnecessary when we open you solutions for the complete rehabilitation of speech and control comprehensibility of educational material “from A to Z”.

First of all, you need to look at the nature and frequency of your speech stupors and clamps, as well as the masking which has developed over the years.  This happens during diagnostics.  Few people need only 5 intensive sessions for further maximally successful independent practice.  For the most, the Basic Course is a good start on the way to solving their problem.

While starting interaction, we watch how the process of understanding and development of practical modules is going on.  In the learning process, during analyzing the result dynamics, we correct further work to overcome stuttering and retraining to consistently normal speech.

Educational course (full) consists of 20 lessons, with a total duration over 25 hours.
The course lasts for 2 months. First 5 days lessons are – 2 hours long, then 5 lesson 1.5 hour and 10 lessons 1 hour long. As a result, over the course of 2 months a hard work to overcome stuttering is going to be done, with prompt and regular feedback, analysis of “difficult” situations, monitoring the correct completion of homework

As a result, over 2 weeks a hard work to overcome stuttering is happening, with prompt and regular feedback, analysis of “difficult” situations, tracking the correct completion of homework